NABERS UK is an in-use rating scheme for existing office buildings in the UK.  The scheme was adapted for use in the UK by the Better Buildings Partnership from the successful Australian model that has seen carbon emissions reduce since its inception.  The scheme is administered in the UK by the BRE and KJ Tait are accredited to conduct NABERS UK assessments.

NABERS is an operational rating system that assesses a building’s in-use energy consumption and benchmarks this against net lettable area and hours of occupation.  The rating scheme awards up to six stars and is a robust method of establishing how energy efficient a building is.

We have NABERS In-Use Assessors able to produce and lodge NABERS ratings for existing office buildings in the UK and provide advice on how to improve their rating.

NABERS UK measures the efficiency of an office building and rates its performance based on net lettable floor area and hours of occupation. These are compared against benchmark data that has been developed using actual in-use data and a NABERS UK star rating awarded for the building. The NABERS UK model rates the building on the base building consumption, that is the energy associated with the central services, for example heating and cooling systems, lifts and Landlord lighting, allowing office buildings to be compared based on how the central services are being operated to provide a comfortable working environment for Users.

Each NABERS UK rating produced is valid for 12 months with recommendations provided by the Assessor to improve the rating via additional metering, operational adjustments and capital investment in new plant.

In-Use energy assessments such as NABERS UK may become a mandatory requirement in England as consulted within the UK Government consultation ‘Introducing a Performance-Based Policy Framework in large Commercial and Industrial Buildings in England and Wales’. This consultation ran from 17 March 2021 to 9 June 2021, the Government are currently analysing feedback. 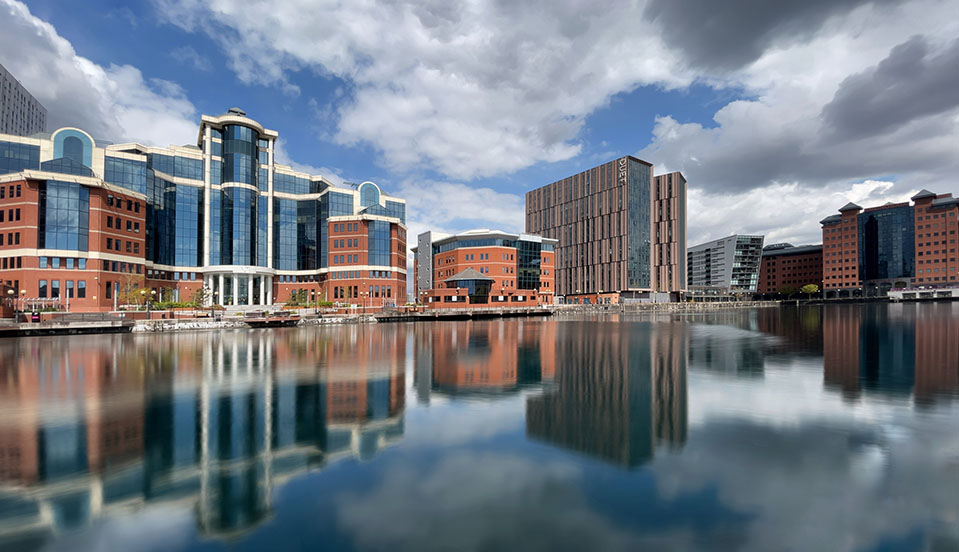 We have completed our first NABERS In-Use assessment of a multi-tenanted office in Salford.
View more
View all projects